Are You Living Someone Else’s Truth? 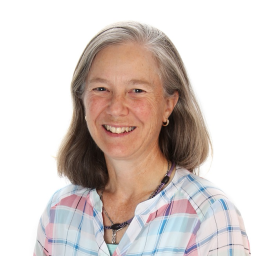 I was living someone else’s truth and I didn’t even know it. I was happy doing this until one day I realized that I was not as happy as I could be. It wasn’t until I went through the Master Key Experience (MKE) that I truly discovered what my truth really is.

What does it mean to live your truth? Start with a few questions:

Why do I do the things I do?

What am I missing?

What kind of impact do my choices have on the life I want?

I grew up overseas in India. My parents were Medical Missionaries. My Dad was an Orthopedic surgeon and my Mom was an Occupational therapist and prosthetic and orthotic practitioner. I am the youngest of 6 kids. The oldest 3 were born in the United States and the youngest 3 (myself included) were born in India.

Once my parents traveled to India, they were Missionaries there for 23 years. My parents lived their truth and lived their lives according to what they believed in. They dedicated their lives to something that they felt deeply about. They took a big risk going to a different country with 3 kids under the age of 10 years old!

What I Discovered About Living Someone Else’s Truth

But, every year on my birthday, I would question what I was doing and if it was what I wanted. What is my true purpose, I wondered?

Was what I was doing for a living wrong?

My motives were good and I did feel closer to my parents because of it.

What I discovered, however, through MKE was that there was a way that I could be happier and more fulfilled.

Society and, often, our families, program us to conform to their values and to answer to someone else’s agenda. The result is that we go on a journey of living their truth, not our own.

Refuse to do so. Follow your own heart and passion, not someone else’s. And importantly, believe in yourself.

The Iceberg Effect by Dean Holland

I knew that I did not want to go through my life regretting that I didn’t go after what I really want. It can be scary changing the path of your life. You have to give yourself permission to be the type of person that you want to be.

There have been many times in my life that I have regretted not taking action and going after what I wanted because I was scared.

I was scared of what people might think: what if I failed, what if I succeeded? I got so caught up in “what-ifs” that opportunities would pass me by.

Are you feeling stuck?

Are you afraid to make a change in your life? Are you tired of watching others succeed and get what they want in life while (to borrow from Thoreau) you are living a life of “quiet desperation”?

You are not alone and I have been there with you. If you are ready to make a change, do it now and commit to MKE.

Deborah's parents taught her the importance of being authentic and doing something you believed in, the power of gratitude, giving value, and being of service to others. One of the many things she LOVES about being a guide is the ability to be of service to others on a daily basis with the Master Key Experience (MKE). Step forward into the adventure.