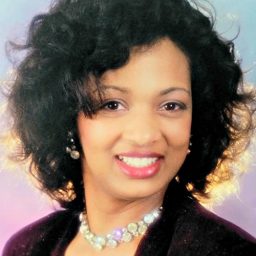 Once Upon a Time…

I didn’t know what a dharma was, much less what embracing my dharma would finally mean to me.

“The world without is the world within” fueled by the mysterious source that never sleeps.  These are the words that started my Master Key Experience.  Like most beginnings, I was blanketed in a haze of brain fog, fear, fight, and flight.

Even after the first glimpse into where it all might lead, I simply could not feel any gratitude for finally finding the treasure map which traces the yellow brick road to the path of enlightenment.  I had already discovered many places that felt like home, and so far, the matrix was still just a mirage.  How in the world was I supposed to find my dharma without a map?  I knew intellectually that all roads led to that magical place, but what exactly was it?  Even though there was the usual excitement at starting a new adventure, I was mostly filled with dread at what I might find there.

My glass slippers were hurting my feet, and my braids were too tight, so I decided to make a pit stop at the crossroads of Anger and Disbelief.  Pushback and stubbornness were the bags I carried.  As I stopped to breathe and be still, I let my hair down and kicked those one-hour stilettos to the curb. Still dangerously close to the edge of failure and regret, I allowed the panic and anxiety to wash over me like a comforting blanket of familiarity.

Drink Me and Take the Red Pill

Then out of the corner of my eye, I caught a glimpse of a white rabbit hopping into a rather large hole.  Remembering the promise to myself when this journey began – that I would not quit – I dove in after him, barefoot and hair flowing.

Once inside, I swallowed the red pill next to the “Drink Me” bottle.  Once the effects began to take hold,  it became apparent that the matrix was the world without – a replica of my undisciplined mind (the world within).  My inner world was controlled by a subconscious (Subby) that was mad as a hatter.  This inner world produced a nonsensical loop of negativity in my inner world, and I was a ravenous consumer of the conformity it sold to my outer world.

Due to my healthy fear of the Wicked Queen, I set out to embrace The Master Key Experience.  Slowly but surely, I accepted the call and became the hero in my own story.  I relished the time to sit and be still along the path to my Definite Major Purpose.  I started embracing my dharma. The silence revealed insights from my younger and more authentic self buried under the cement of lies and coping mechanisms.

I had long conversations with Subby.  I described the details – colors, shapes, feelings – and Subby began to fill in the gaps.  The consistency of my convictions won her over and allowed her to see the possibilities of creating an even better home than the one I had left.  Together we manifested a New Matrix – one that could be a solid foundation for building our Dharma.

I share this because you too can embrace your dharma and live your fairy tale. I warmly invite you to join the Master Key Experience and get the hands-on support you might need to find, then start living your dharma.

One of those critical and essential people, Dana supports the manufacturing industry with her buying and purchasing agent talents. She earned an MBA, is a Kansas City Chiefs fan, and is also anxious to use her skills to help others find their purpose and bliss through the Master Key Experience. She begins her new journey as a guide for the program, giving back so others can have their own amazing journeys.

Move closer to your dream

Welcome 2023! A Year of Magnificent Change…