An Illusion to Break – Overcoming Fear 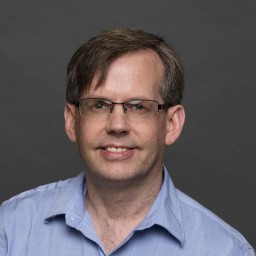 Fear is an illusion. A very popular illusion. Have you thought about overcoming fear? It’s designed to steal your purpose from you and have you settle for less than the very best version of you.

I should know. I grew up in an environment dominated by fear. Fear of how my alcoholic father would behave when he got home at night. Fear of being picked on by the bigger kids. Fear of… just about everything.

So much fear that I developed a panic disorder when I was 14. “You need medication”, I was told. So, I took it. Sure, it calmed me down, but it had no power to cure the SOURCE of the fear.

Go to the Source

The SOURCE of the fear was how I was reacting to my environment. One might argue that I had every reason to be scared. I probably did……back then. Not now.
You see, back then, I had no concept of something called the subconscious mind. I had no concept of the idea that I could manifest whatever I wanted, as long as it didn’t deprive anyone else of their goodness.

When I joined the Master Key Experience (MKE), and to this day I can’t remember how I found the website, I learned that I was the captain of my own life. External circumstances meant very little. If I told “subby” what I wanted, with feeling, I’d get it.

I joined the MKE in 2017, about a year after moving to Las Vegas from upstate NY. Things didn’t happen right away, and it was largely due to the fact that I wasn’t giving myself permission to have what I truly wanted.

Fast forward to 2022. I have a fully-remote tax practice that grows every day. I found the mate of my dreams. I’m no longer that terrified child. I manifest liberty and recognition for creative expression.

You don’t have to want what I want. You very likely don’t. What DO you want? To merely survive? Or to thrive? If you want to change the output, you need to change the hard drive.

You can walk on hot coals all you want. That doesn’t change the hard drive. The only thing that changes the hard drive is giving your subconscious a new program to follow. Subby will listen; it has no other option.

Is all my fear gone? No. I’ve learned that we feel scared when we’re outside of our comfort zone. That’s when we’re growing. So, I’ll take some of the fear. I now know that, on the other side of that fear, is everything I’ve ever wanted.

Fear… and a side of fries, please. Love those french fries.

Scott Transue has been a member of the MKE since 2017. Through the course, he was able to clearly define his needs and life goals, consistent with his personality. He resides in Las Vegas, NV and is a native of upstate NY (Binghamton and Albany). He owns his own fully-remote tax practice, which manifested using the tools provided in the MKE. He is also active in consumer direct marketing and real estate. His goal in becoming a Guide is to "pay it forward", helping others to fully manifest their "personal Kauai".