Uncover the ONE Secret for Less Stress and More Happiness in Your Life..

Have Faith: Fear, Basketball and a PLO Assassin 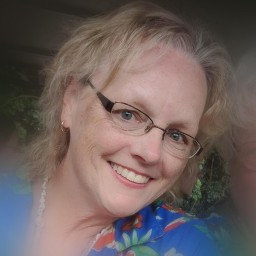 I have always been ”afraid” of people.

Have faith? It’s been a practice for me.

Years ago, I was diagnosed by a very well-meaning person as having “social anxiety disorder”.  It was very difficult for me to meet new people, extend myself, be in unfamiliar surroundings.  My heart would pound and I would think of reasons not to – – – not to meet someone, not to go somewhere, not to do something new.

Many times I would receive an invitation to do something cool and new, and accept, then as the day drew near, the anxiety would start and I would find a way to back out.   I missed a cool float trip in junior high, and a great high school ski trip that my classmates still talk about all these years later.

Neighbors would move in, then move out – – without me ever having met them. I missed being a room mother at my son’s school, and I wonder about many friendships I could have enjoyed, had I not been anxious. I realize that I had wrapped the label of “social anxiety disorder” around myself like a blanket, and the more I avoided people and situations, the more fearful I became. (I think I know where this came from, but that’s a story for another day.)

Then I joined the 2014 the Master Key Experience (MKE) class.  One of the first objectives of the MKE course is to write a short definite major purpose (DMP). In that first year, I never completed my DMP so I didn’t have the MKE projects that followed either (such as the movie trailer poster and all the things that cascade from that) and I didn’t understand the shapes, metaphors, etc., so I would say most of the exercises were lost on me.

BUT, one thing I do know now, and did understand then, is that fear and excitement create the same physiological reaction.  I just had to change my thoughts by using the law of substitution. I was able to change “People scare me,” to “I’m excited to meet new people and learn about their lives.”  This seemingly small thing has been worth the price of admission for me.

I will never forget this, when my new MKE skills were truly tested: a friend told me I needed to block out six hours on Saturday for her.  I agreed, and then the old worries started coming up.  She wouldn’t tell me what, or where, or why, just how to dress, just that I would have a good time.  The dread would come, and I would push it away saying to myself that “I’m excited for new adventures.”  Have faith!

The day came, she picked me up, and off we drove.  About 25 minutes into the drive I thought I had figured it out.  Sure enough, I did! We stopped outside of town at a convenience store, she handed me a gift bag and told me to go in and change.  Yep – I was right, we were outside of Lawrence, Kansas, home of the University of Kansas. I was now wearing my first KU t-shirt and we were going to see the amazing KU Jayhawks whuup Baylor at Allen Fieldhouse.

That was one of my bucket list items, and she remembered me saying that a long time ago.  I felt really bad when I saw the ticket price, but didn’t object, and graciously said “thank-you” – (being in the flow of giving and receiving, don’t ya know).

Big Lesson at the Fieldhouse

I suppose an argument can be made for being in a more exciting college basketball arena than Allen Fieldhouse, but don’t even try that around here!  The atmosphere in that arena was rocking! I had more fun than I could have even imagined, and I’m so glad that fear did not keep me from this experience!  Yay!

Well, college basketball is one thing, what about a PLO assassin, and what in the world?!?

The grace of God, that’s what.  Hang on, I’ll connect it to my conquering fear, thanks to Mark and Davene, founders of MKE. Have faith!

Enter a Guest Speaker & The New Me

The day after the basketball game, our little church on the dusty (frozen) plains of Kansas was privileged to have as a guest speaker, Tass Saada.  He was trained as a sniper and joined the PLO in 1968 because of his hatred of Jews and his admiration for Yasser Arafat.

Saada served for a period of time as Arafat’s chauffeur. His intense hatred and precision as a sniper gained him reputation and the nickname, “Butcher”.  His story is horrific, but Saada’s conversion experience and subsequent life is so inspiring! Read his book, “Once An Arafat Man”,  an incredible story of redemption and reconciliation.  Also check out Hope for Ishmael online. Again – a whole ‘nother story.

After Saada’s very moving talk, and as the service concluded, I saw him momentarily alone, and the old blueprint diverted my eyes and I started to walk away, but the new me took a hard left turn, walked boldly up to Saada, shook his hand, and thanked him for coming to share his story with us.

I passed an enjoyable few minutes speaking with him and looking him straight in the eye.  Yep – old, scared me, and a former terrorist.  Have faith!

NO – WAIT – – THAT’S WRONG:   New, confident me, and a former terrorist.  Both actually just sinners saved by grace.   God is good all the time!

Nancy brings a wealth of life and health-care industry experience to her role as a successful and sought-after Master Guide. For over seven years, she has supported and encouraged dozens of MasterKey members to claim their best life. Her members include best-selling authors to best-loved Grandmas, whatever the member's bliss, Nancy's ready to guide them as they discover their true selves!

What is Red Pencil About? Escape the Crushing Focus on “Wrong”

Move Forward and Leave the Old Behind