The Marvelous Gift of Imagination 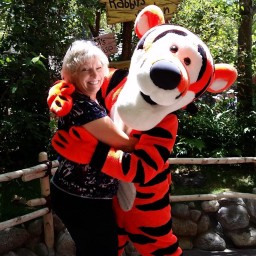 Imagination is the workshop where we create our great plans, latest discovery or newest handiwork.  But have you ever thought about what exactly is the marvelous gift of imagination?

Let’s peel back the layers of imagination and analyze what it is and how to revive yours, plus understand the types of imagination, and the power of harnessing this amazing force.

So, what is imagination?  It is the ability of the mind to be creative or resourceful.  It is the part of the mind that imagines things.  Imagination is the light by which we can penetrate new worlds of thought and experience. It is the mighty instrument by which every inventor or discoverer opens the way from precedent to experience.

Revive Your Marvelous Gift of Imagination

For most people being able to use their imagination is not as easy as it once was as a child. The reason for this is that your imagination may have become weak through inactivity.  It can be revived and made alert through use, just as any muscle or organ of the body develops through use. The more you daily mediate and focus in depth on what you want to create or manifest, the more your imagination will become alive and productive again.  Your daily routine must include a workout with your imagination.

There are three forms of imagination:

Synthetic Imagination consists of the act of combining recognized ideas, concepts, plans, facts and principles in new combinations or arrangements.  Synthetic Imagination (according to S. Goel) can be extension and improvisation of ideas and thoughts already established. This type of imagination is used most by the inventors.

Creative Imagination (according to S. Goel) is something of one’s own original thought and creation. As Napoleon Hill states it:

Through this type of imagination the finite mind of man has direct communication with infinite intelligence.

For example, as we learn in the Master Key Experience (MKE), the conscious mind is stimulated through the emotion of a strong desire like manifesting your Definite Major Purpose (DMP).

Constructive Imagination means mental labor, which is considered by some to be the hardest kind of labor, but it yields the greatest returns. The greatest thing in life comes to both men & women who have the capacity to think, to imagine, and to make their dreams come true.

The Extent of Power of the Imagination

What is the extent of the power of one truly using one’s imagination?

Remez Sasson notes that the power of imagination is the ability of the mind to build intellectual scenes, objects, or events that do not exist, are not present, or have happened in the past. Imagination makes it possible to experience a whole world inside the mind.

Through imagination, you can look at situations from a different point of view and to mentally explore the past and the future. Imagination is not limited only to seeing pictures in the mind.

Imagination includes all five senses and feelings. You can imagine a sound, a taste, smell, a physical sensation, a feeling, or emotion. Developing and acquiring a strong imagination does not make you a daydreamer; rather, it strengthens your creative abilities and is a great tool for recreating and remodeling your world and life.

I trust you have had a chance here to think about your marvelous gift of imagination. To use this gift, you must practice!

Your imagination is everything. It is the preview of Life’s coming attraction.

Logic will get you from A to B. Imagination will take you everywhere.

I have also heard an anonymous quote which inspires me: “Imagination is the soil that brings dreams to life.”

Go boldly today to exercise your imagination, create mental pictures, release them, and watch your aspirations materialize right in front of you.

Don’t just sit there, do it now!

Going from teaching to counselling taught Eulaine many rewarding lessons and developed her intuitiveness to be a listener and skilled problem solver. Eulaine loves sharing the Master Keys with others because it has helped her, and will help YOU, follow your heart and enjoy the moment.