Transform Your Life: It’s Easier Than You Think… and Much Cheaper! 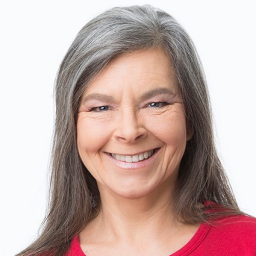 I was very curious as a child and especially about other cultures and how people lived in other cultures. I compared and I asked questions about the differences. Often my questions were ones that the adults could not give answers to in a way which helped me to understand more.

The way people lived in the Far East was something that triggered my fantasy most. Everything was so different and I tried to understand why. Later on I began to dig in to the Eastern philosophy, specially the Tao. I have always had a need to be physically active and as a child I tried out many things.

One Eastern culture element which I really liked was aikido, a Japanese Budō. I liked the focus in the here and now and I liked the philosophy that the way is more important than the actual goal.

The dojo (= the training room) was unfortunately located far away from home and I had no friends that wanted to train with me so I quit after a year or so. I had a good use of it though since I was bullied in school at that time and with my new skills I could defend myself and have trust in myself and, above all, I got respect from others that I haven’t got before. Actually the training by itself gave me a new faith in myself and it glowed so others noticed ”the new me”.

Growing Up – The Red Thread

I continued to be interested in the Eastern culture and philosophy as I grew up and later on even in quantum physics, which is not far away from the Tao, as I see it. The experiences and interests as a child and teenager led me to dig in to personal development as an young adult. When I was around 30 years old, I came in contact with aikido again, and this time it became the red thread in my life for almost 25 years.

I combined everything in my life with aikido and principally everything I planned in life was with aikido in mind. It became a lifestyle, a way of living. I am not training aikido any longer, but the way of living is implemented for ever in my mind and my whole system. It has made me strong in mind, having a firm and loving faith in myself, and above all, a faith in life, the Universe and that we deserve to have really good lives that make us happy and fills us with love for ourselves, others and life.

I found the Master Key Experience (MKE) first as a member in 2017, and I was stunned! Here you have a program, built up so you can integrate it with your ordinary life, while you manifest your new ideal life, and/or your new self, and which contains everything mentioned above! And it functions for everyone, no matter what way you have wandered in life and no matter how much you have worked with your personal development and no matter what your experiences and knowledge are.

With MKE, you build from where you are and you apply the principles according to your abilities (which by the way you really, really develop during the program). I will give you some hints of what I am referring to.

First of all MKE builds up of small habits, which you can integrate in the life you currently have, and the most important thing is that you do them with engagement. That is the same as Tao, in the focus on the here and now, giving your attention to the quality within in, without calculating if it worth it and what the outcome can be. It’s so simple! Just do it! It is the same with aikido.

In aikido, we practice the small, simple basic techniques every time we train, regardless what belt and grade we have, without calculating if it is worth it. We just have the faith that it is. In the MKE, the Tao and aikido, by practicing those simple habits you actually build up the faith, because things happens within you when giving everything you have to something, whether it is big or small.

Size doesn’t matter, it is a living truth, not mere a tall tale.

Second, in aikido you have a sensei (= your teacher) who sets the agenda for the training and guides and helps you so you get everything right for optimal learning. Yet the sensei never influences you into what way you choose to go for optimal learning. You are free to train according to your own abilities. Then you have the sempais in aikido (they have been training a long time and are experienced).

They always set good examples how to behave on the mat (you train aikido on budō mats), and they guide you by being extra clear, showing how they do the technique when you are confused. And you can always ask the sempais for help and guidance.

Actually they are the one that gives you most guidance hands-on. But they are not too telling you ”do this, do that”. They can explain and then you yourself have to figure it out.

Finally you have all training comrades on the mat. Together you try to find out how to develop the technique until you get it. And with all that guidance you will! Can you imagine the happy feeling when you suddenly discover that you did it by yourself?

The metaphor here is that in the MKE, you have founders Mark and Davene and the staff as your senseis, the guides in the MKE as your sempais and the whole community, aka members alliance as your training comrades. Can you imagine the huge amount of help you have in the MKE?

MKE guides help you hands-on going thru the MKE without influencing you, and with the highest respect for the way you choose to develop and manifest whatever is important for you. But you can count on that they stay by your side all way long.

Third, when I trained aikido it was also a way to have breathing space from the life I lived since it was filled with struggles and worries with my son. I cleared and cleansed myself every time I stepped on the mat and trained for an hour or two. The reason why it functioned so well is that we only can have one thought in mind and feel one emotion at a time.

When I was on the mat, I was focused on what I was doing, filled with joy over the progress in practicing and the feeling of sharing this with others. The same is true with the MKE. When you give focus every day doing the simple habits, you fill yourself with that positive energy stemming from those habits, experiencing and discovering your transformation and sharing it with your comrades in the MKE.

The more focus (meaning the more integration of the MKE in your ordinary life) the more you are filled with new positive thoughts and emotions.

I did not merely have a breathing space on the mat, but I learned to generalize it to my ordinary life. And that is exactly what you can do with the MKE.

Finally, I want to point out the 7 Day Mental diet from Emerson Fox . There are so many parallels with both aikido and the MKE, foremost the MKE I would say. You can download the 7 day mental diet for free, using the link to the right of this blog post.

Find out what it is about! And if you are interested in the MKE, then you can put yourself on the list waiting for the next launch in September. You do not commit yourself to anything by being on that list and you can of course jump off at any time.

If you decide in September to jump on the MKE, I have another good thing to tell you: It just cost you $1 to jump on and have your scholarship for the program. The people that went thru the MKE this year paid the course for next coming year.

How cool is that?

Peace be the journey!

Monica has more than 20 years of experience of life guiding and coaching and is passionate about helping people make reality of whatever change they desire in their lives. Her background is a longterm specialized education at the University. Today is she working full time in her own company, living her dream which she credits the Master Key Experience.